SOLAR ENERGY FOR A BRIGHT AND EQUITABLE FUTURE
The SC Community Solar Association James Pawley Legacy solar array has been helping the Sechelt Seniors Activity Centre save on energy bills for five months!

Our first community solar installation of 28 panels was mounted on the Sechelt Senior Activity Centre (SSAC) in March. The official launch of the solar array/unveiling of the commemorative plaque had to be postponed due to Covid-19.  In conjunction with the SSAC, we are pleased to announce that we will hold a virtual unveiling by Zoom on:

Hosted by the SSAC, the SCCSA and the Pawley family, you can see the event live by requesting the Zoom code from the Solar Association at our email address: suncoastcsa@gmail.com or going to our FaceBook page

~ A big thank you to the many people who contributed to this project ~
We are grateful to the Sunshine Coast Credit Union for its generous contribution and to Olson Electric/APS who have collaborated with both parties to install the most extensive array possible. 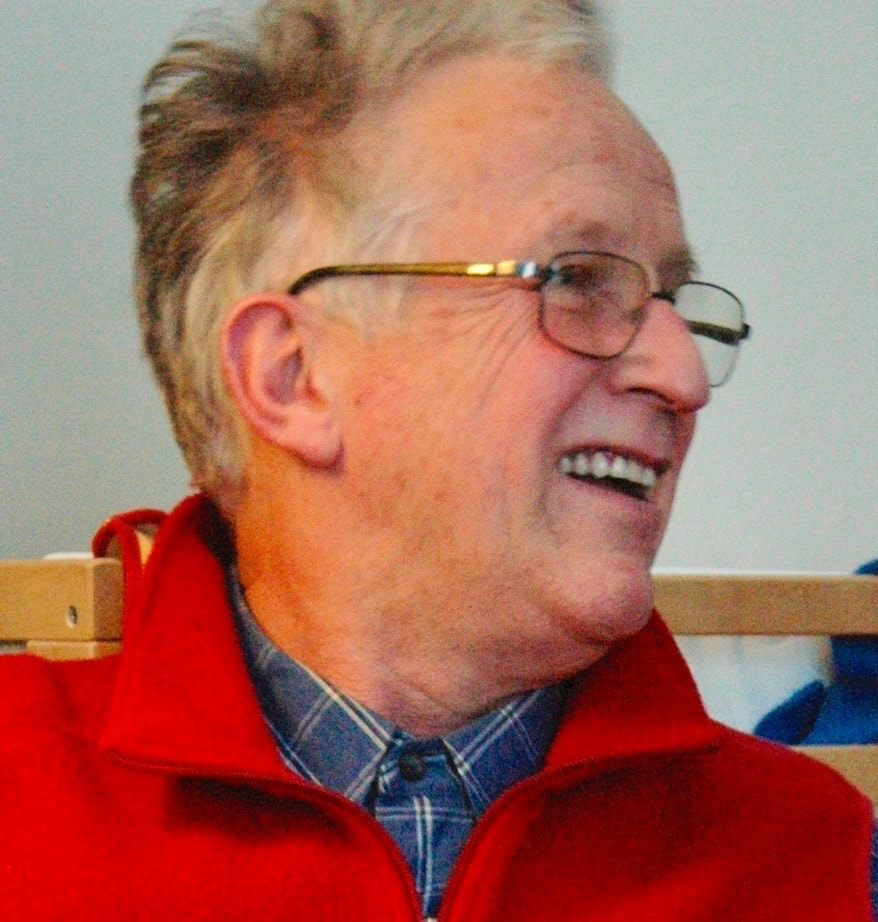 ​          We have exciting news about the James Pawley Legacy
​
The late Dr. Pawley campaigned tirelessly for humanity to confront the growing climate crisis. An active director of the SCCSA, Jim saw solar energy as a key component of kicking the fossil fuel habit. In recognition of his wish for a community solar array in Sechelt, the SCCSA will install solar panels on the roof of the Sechelt Seniors Activity Centre, providing this busy community facility help with hydro bills and the opportunity to demonstrate the potential of solar.

Memorial funds set aside in Jim Pawley’s name are now enough for a 16 panel solar array, but further donations will grow this project! If you or anyone you know can contribute to this, please do as per instructions below.
Thank you!
To make a donation by cheque please make it payable to SCCSA
("Sunshine Coast Community Solar Association") and mail to:
SCCSA Treasurer
1523 Smith Road
Gibsons, BC
V0N 1V6

Anyone who prefers to donate by cheque or cash can do so at the Sunshine Coast Credit Union:
​Sunshine Coast Community Solar Association --  Jim Pawley Legacy account.

We are heartbroken to announce the sudden loss of James Binfield Pawley, who collapsed playing tennis on Thursday March 7, 2019 and died almost immediately.

Jim was born January 15th 1944 in Gerrard’s Cross, England. He immigrated to Canada with his parents in 1946, first to Cloverdale, BC, where they joined his aunt Winifred and cousin Brenda on their chicken farm, and then to Vancouver. He spent summers on Gambier Island with the family of Jack and Joan Warn. In the late 1950s, the family moved to Ben Lomond, California. From 1962-66 he studied electrical engineering at the Carnegie Institute of Technology in Pittsburgh, and in 1972 he got his Ph.D. in biophysics at the University of California-Berkeley. After a series of postdoctoral positions (including in London, where he met his wife Christine), in 1978 he took a faculty position in the department of Zoology at the University of Wisconsin-Madison. One of his main responsibilities was to run the three-story million-volt electron microscope, part of a national microscopy facility.

For sixteen years he also directed the 3D Microscopy of Living Cells Course on the University of British Columbia’s campus. With a faculty of internationally known scientists and cutting edge equipment loaned by manufacturers, the 3D Microscopy of Living Cells (motto, “It’s not just diffraction, it’s not just statistics: It’s biology!”) attracted participants from all over the world. The course provided the foundation for his best-known publication, the Handbook of Biological Confocal Microscopy, now in its third edition and still an essential resource.

Galvanized by the threat of climate change, Jim spent recent years raising the alarm. He organized a teach-in at UW-Madison, and taught classes on climate change there and at the Elder College in Sechelt. He helped organize a climate march in Vancouver, marched in Washington DC, and gave lectures in many places including the Sunshine Coast, and Harbin, China. He was especially active in the Clean Air Society and the Sunshine Coast Community Solar Association; his letters often appeared in local papers.

Jim loved photography and music (especially Scarlatti); he loved to fix houses, furniture, and boats. In the late 1970s with friends, Jim built a cabin across the water from Egmont (boat access only). The family spent almost every summer there, trekking 2000 miles each way by car. He was a founder of the Doriston Music Festival, which in its first year was his kids on violins and keyboard, and Don and George Gilmour on mandolin and guitar. When Christine retired in 2012, the couple moved to the house they built in Sechelt. Jim loved the coast, and was so happy to be back in Canada after 56 years away. Every day, he looked out the window and said how lucky he felt to be here.

Jim loved his family very much. He is survived by Christine, his wife of 43 years; his three children: Alice (Stephen Hoffmann), Emily (Roger Turner), and John; and his four grandchildren: Sam and Laura Turner, and Simon and Jane Hoffmann. A private funeral was held this week in Sechelt. All will be welcome to share stories about Jim at the celebration of his life on July 31, 2019 at the Sechelt Botanical Gardens (https://coastbotanicalgarden.org). We are also hoping to arrange an event May 13 in Madison, Wisconsin, time and location to be determined.

People are also invited to send stories and photos to alicepawley@gmail.com to be bound into a book for his family. In lieu of flowers, donations can be made to the Sunshine Coast Community Solar Association: https://suncoastcommsolar.weebly.com.

​His family will post updates on the memorial celebration and donation fund at http://pawleypudding.ca/.